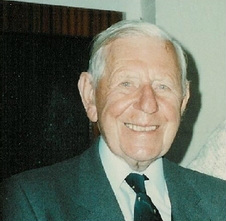 The Special Operations Executive had a wide variety of specialists, one of which was Charles Bovill, who later became generally regarded as the father of Electronic Counter Surveillance.
Bovill was the son of a playwright, who worked with PG Wodehouse, but his was a different path. He started on his road with HMV in 1933 as a radio engineer and just two years later he was appointed to the wireless telegraphy section of the Air Ministry. In 1938 he moved on to Marconi, but as war broke out he was seconded to RAF Bomber and Coastal Commands as a wireless development engineer.

By 1941 his work had attracted the attention of the Special Operations Executive and he began work with the radio experimental and flight section of the Inter-Service Research Bureau (ISRB), a cover name for SOE's technical research and development activities.
Bovill regularly accompanied special operatives aircrew to install and operate the S-Phone other radio equipment over France and was posted to the SOE’s Force 399 in Italy in 1944, where he equipped aircraft for the Balkans Air Force who would used it to communicate with Tito’s partisans.

Bovill developed technical equipment for the de Havilland Mosquito just before the end of the war before he undertook a post war career with Decca with whom he developed Decca Navigator Marine Equipment.
In 1972 he joined Allen International as technical director. Shortly after joining the company, showcases of the firm’s wares included microphones disguised as wrist watches and cufflinks and radio transmitters attached to fountain pens and table lighters. The company would then venture into security for espionage and counter espionage in the Middle East and elsewhere.

Fascinatingly, Bovill’s career then went in a technically related full circle.
After working with the Special Operations Executive, from where Ian Fleming famously gained his inspiration for James Bond and his gadgets, Bovill’s company began supplying Eon Productions with James Bond gadgetry for their movies.