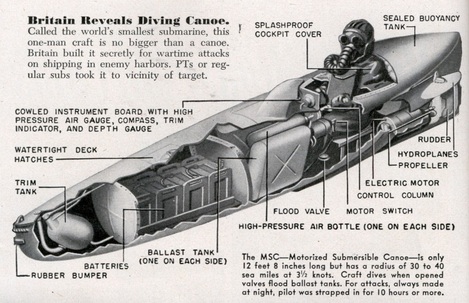 Born 1909, in Seaford, Sussex, Hugh Quentin Alleyne Reeves, as schooled at Harrow and Sidney Sussex College Cambridge, before moved into development and engineering.
A colleague of John Dolphin’s at Station IX, The Frythe Estate, Reeves was the most productive and creative of the engineers assigned to this particular Special Operations Executive Station.

During World War II Major Reeves invented both the Welrod and the Sleevegun.
The Welrod was a bolt action, magazine fed, suppressed pistol that was extremely quiet and became nicknamed, “The Assassin’s Pistol”. It was still being used for the Falklands Conflict in 1982.
The Sleevegun was of a similar design, but was smaller, contained one shot and was concealed up the sleeve.
Reeves was also credited with the design of the Motorised Submersible Canoe, Fluorescent Night Sights, and the Welbum. Among others, he was also involved in the design for the Sten Gun Silencer.

Hugh Reeves continued inventing after the war and was issued patents for Diving Equipment and Wheel Holding Chocks for Aircraft.