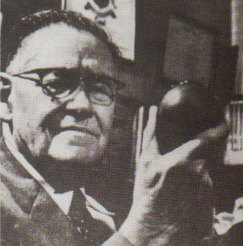 The successes of the Research and Development function of the OSS began early. Not long after its formation the OSS accepted a demonstration by a physician named Christian J. Lambertsen.
Lambertson had already had his new diving equipment rejected by the US Navy, but the OSS bought into it and even hired Lambertson to lead the development programme for the diving element of their maritime operations.
The equipment was quickly attributed a rather awkward acronym, which has now become a word in its own right. Lambertson’s Self Contained Under Water Breathing Apparatus, or SCUBA, has become a erm, breath taking success.

To provide an example of what would no doubt be called ‘Blue Sky Thinking’ today, and to briefly summarise Dr Stanley Platt Lovell’s skills as director of Research and Development for the OSS, Lovell once ordered nets to be erected above the Pennsylvania Hotel in an attempt to capture bats. The plan was to deploy the nocturnal creatures as incendiary bomb carriers.

General Donovan called Dr Lovell, his ‘Professor Moriarty’, which would lead you to believe Wild Bill wasn’t a student of English detective novels – Moriarty was of course a bad guy. You do get his point though, Lovell was effectively Q and Research and Development was Q Branch, and his job was dealing in devious and covert thinking to tackle the enemy.

Further examples of the work of the OSS’s Q Branch, include pistol silencers, compasses disguised as uniform buttons, miniature cameras and even explosive powder secreted within Chinese flour bags.

Under the Freedom of Information Act, the CIA has opened some records and some of the glorious gadgets and devices are available for us to peruse.